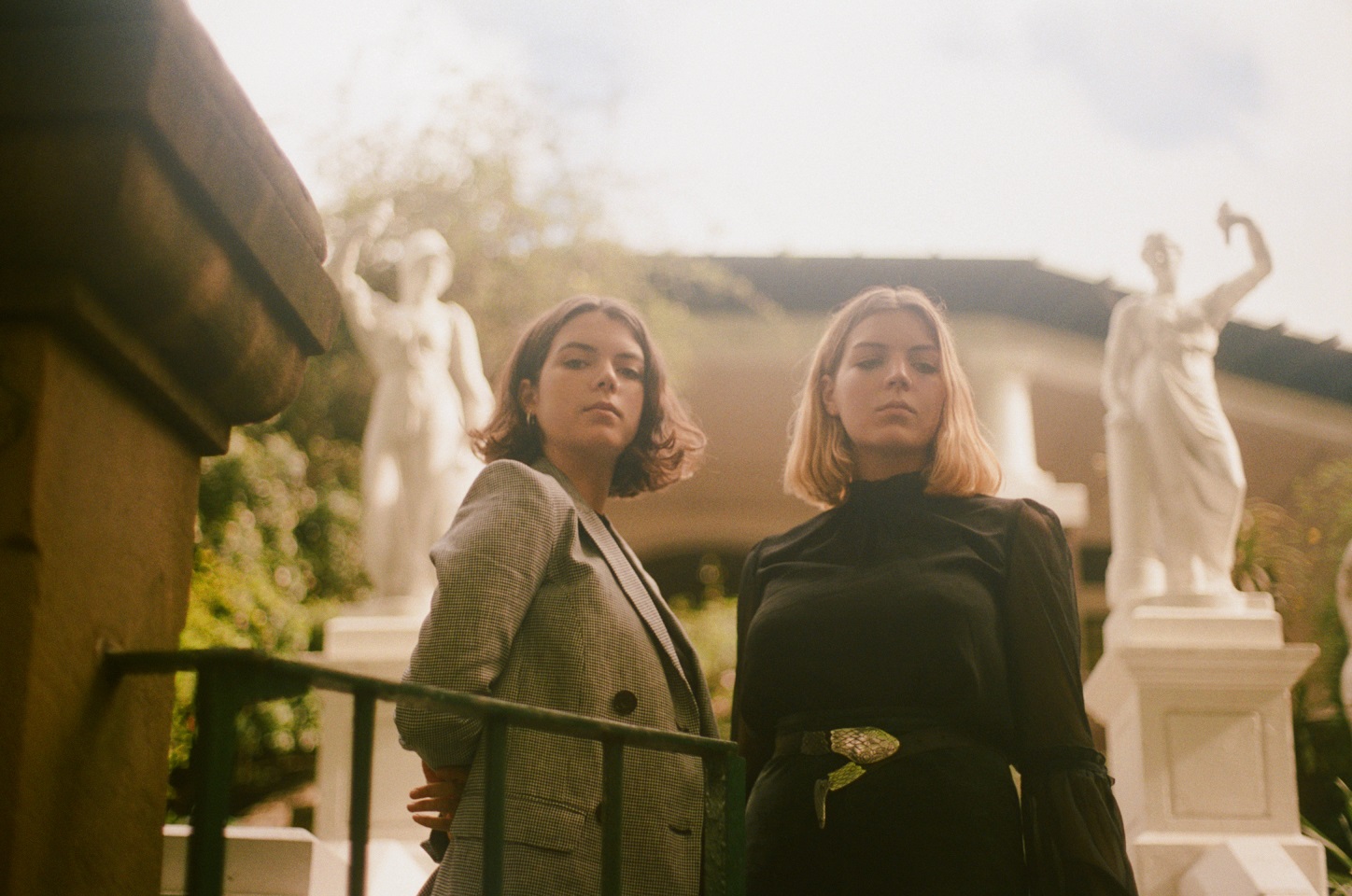 “Crushed” was co-produced by Grammy and ARIA Award winner Nick DiDia (Pearl Jam, Rage Against The Machine, Bruce Springsteen) with Mike Crossey (Arctic Monkeys, The 1975, Wolf Alice, Nothing But Thieves). CLEWS, comprised of sisters Lily and Grace Richardson, describe the meaning behind the song, saying “Crushed is how you feel when everything overwhelms you … the song is about salient moments that cut through the sensory overload”.

The candied-grunge single had its first look earlier this week, when it was premiered ontriple j’s Good Nights with Bridget Hustwaite. While the duo have already been dubbed “one of the great Australian discoveries of 2018” by Home and Hosed, the girls continue to defy all expectations with “Crushed”, which features their signature big choruses and sweeping harmonies, and culminates in a sonic knockout that will make your heart explode.

Lily and Grace grew up in Mollymook on the South Coast of NSW and admit to being “born and raised on the anthemic ballads of the ‘90s”. Now based in Sydney, the sister duo have had a wild 2018 after releasing debut single ‘Museum’ in February, which led them to support the likes of Portugal. The Man, Ocean Alley, Middle Kids, and Albert Hammond Jr (The Strokes). The track was added to full rotation on triple j, who described it as one of “this year’s most contagious new Australian songs”.

After experiencing a meteoric rise within the last 12 months CLEWS will close out 2018 with a bang. They will continue to hone their craft on the live circuit with a number of live dates remaining, including joining Holy Holy on their national tour, a headline show in Sydney and appearances at multiple Summer festivals.