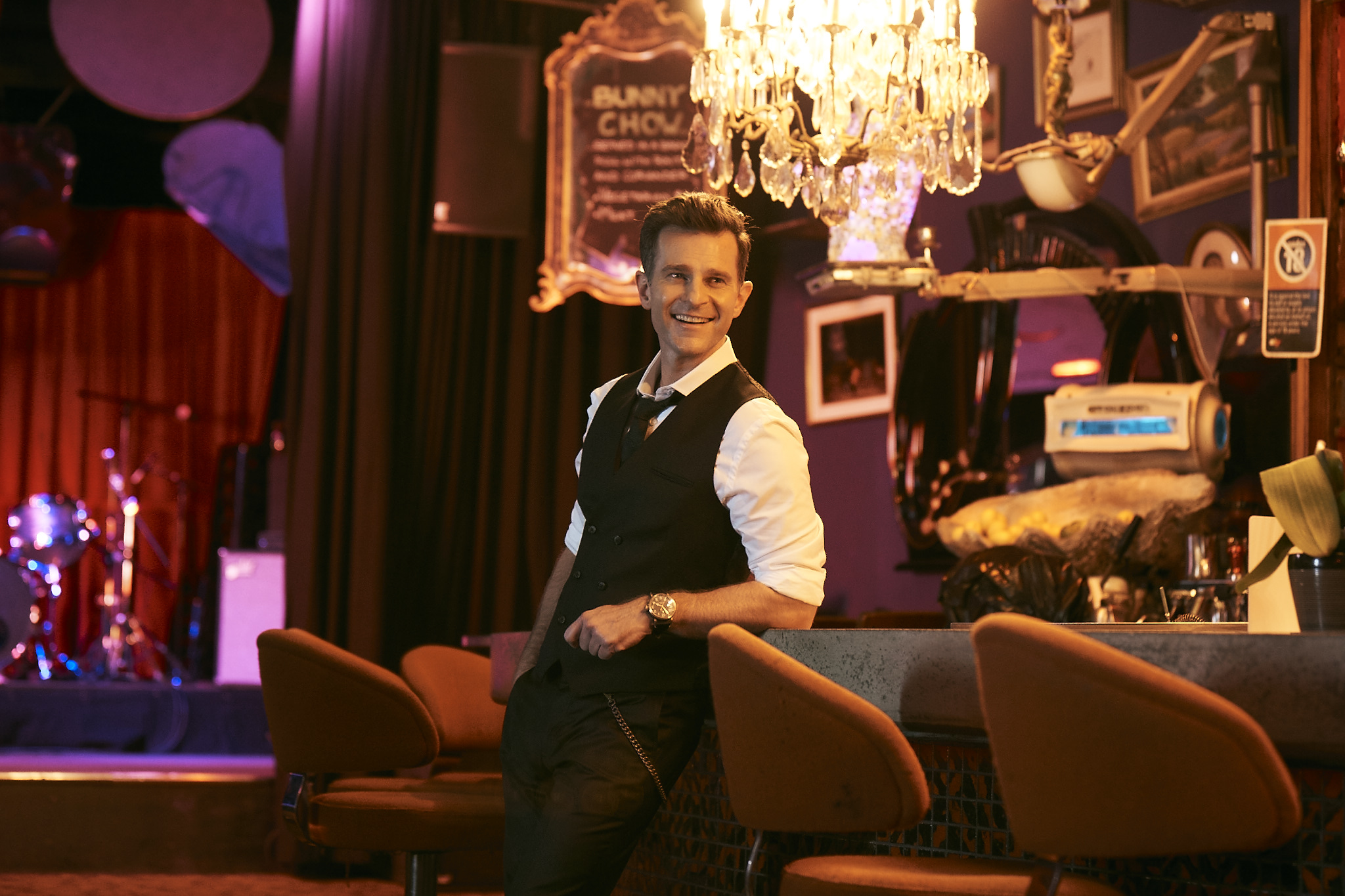 David Campbell knew there were legs in the idea of a new swing album when he played a little-known song called ‘Make Love’ one night in Adelaide and watched the room go wild. The same reaction repeated the next show. And the one after that.

“And every time I did it the dancefloor filled by the first or second chorus, even though they didn’t know the song,” he says of the Joe Cang number he discovered on Youtube. “It’s a feel good song, and it’s modern and it’s new and it doesn’t feel like it’s come out of an LA factory.”

With the help of storied arranger and producer Chong Lim,  as well as his on-stage musical director Joe Accaria , Campbell has built this new album with a determination to mix tradition with new ideas. BACK IN THE SWING is the result and is available to buy, download and stream NOW through Sony Music Entertainment Australia.

Featuring 11 memorable tracks guaranteed to have you singing along to right from the start, listeners will experience David’s silky vocals on ‘Come Fly With Me’, with more big band swing than Vegas ring-a-ding, sitting alongside Stevie Wonder’s ‘For Once In My Life’, done as an elegant but powerful ballad. Then, while ‘Walkin’ My Baby Back Home’ makes you want to sweep across the ballroom floor, there’s finger-snapping and doo wop in his version of Holland/Dozier/Holland’s Motown favourite, ‘I Can’t Help Myself (Sugar Pie Honey Bunch)’.

Elsewhere there’s a merger of Billy Joel’s ‘New York State of Mind’ with George Gershwin’s‘Rhapsody in Blue’ that has the business of that city’s streets, some R&B inside ‘Buona Sera’, made famous by Louis Prima, and two classics in ‘You Make Me Feel So Young’ and ‘The Old Fashioned Way’.
And wait, isn’t that Ian Moss singing with Campbell on another Frank Sinatra standard, the tender, string-laden ‘In The Wee Small Hours Of The Morning’? Yes, and what’s more the Cold Chisel man contributes an evocative, unexpected, un-swing guitar solo.

“I do have a couple of favourites on this album and that is definitely one,” says Campbell, who had the idea after watching Moss on stage alongside the great songwriter Jimmy Webb.

“I said to Mossy then, if I do another swing album, I think you should do a track. It’s a joy to sing with him, and it’s a funny take on what would happen if Cold Chisel was a jazz band.”

If that’s a question that has probably never been asked, one question Campbell had before following up THE SWING SESSIONS and THE SWING SESSIONS 2, was what kind of singer was he now, more than a decade on from those Top Ten hits, and after a successful national run on stage in the title role of Dream Lover: The Bobby Darin Musical.
Here again he looked to his heroes, like Johnny Mathis, Nat King Cole and Tony Bennett, whose sound matured as they matured.

“What they did really well, which we are sort of losing the art of, was they just aged it like cheese, or wine: they let it breathe,” he says. “For me, I really wanted to let these arrangements breathe so it was a conscious decision for Chong and I to feel like we were making a grown up album, as opposed to feeling like we were still trying to be young and ring-a-ding ding.”

“It’s something all those great singers had. It’s something I don’t think I got relaxed with until I got older. If I was younger doing Johnny Mathis, I probably would have wanted to over sing it,” he says. “But to let the song be, let it sing in your voice, well …”

“Maybe I’m maturing,” he laughs. “Maybe these greys in my hair mean something.”

A 2018 Helpmann Award winner, Campbell is also renowned for his rousing performances on the musical theatre stage, most recently breaking box office records for his spellbinding performance in  ‘Dream Lover the Bobby Darin Musical’. Campbell is also nationally recognised and respected for his roles as co-host of both Today Extra, Weekend Today and the yearly Carols by Candlelight for the Nine Network. This is in addition to hosting his top rating weekend show on Smooth FM radio.

David Campbell Releases New Studio Album ‘Back In The Swing’