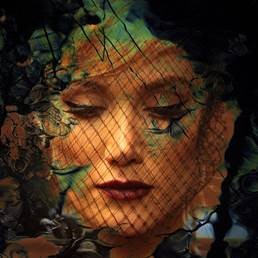 ‘The River’ which is delivered to Australian radio today, was written by Delta and Dave Hodges and follows Delta’s hugely successful singles ‘Wings’,’Dear Life’ and ‘Enough’ from her #1 album WINGS OF THE WILD.

‘The River’ is an up-tempo, catchy guitar driven track and it’s theme is one of redemption from bad relationships.  The video which will be released on Friday September 23, was shot by award winning cinematographer Nick Waterman in Sydney with Delta collaborating closely with Nick on the project.

“The River was written as a story -the songs theme is one of redemption, about cleansing off volatile relationships and washing off that energy and starting a new. It has a really fun sing along vibe and is a great song to perform live – I can’t wait to get out there and perform it on the tour!” Delta Goodrem

2016 has seen Delta have one of the busiest and most successful years of her 15 year career. Following on from her win on The Voice season 6, 4th #1 album with WINGS OF THE WILD, Delta has also just completed shooting on the hugely popular House Husbands, will host this years Nickelodeon SLIMEFEST to be televised on Sky Channel 101 at 6pm on Friday September 30 and will also be undertaking a National Arena Tour – The Wings Of The Wild Tour in October/ November this year.

The Wings of The Wild Tour will see Delta perform songs spanning her 15 year career including hits from her current WINGS OF THE WILD album in all major capital cities around the country including Newcastle & Canberra.