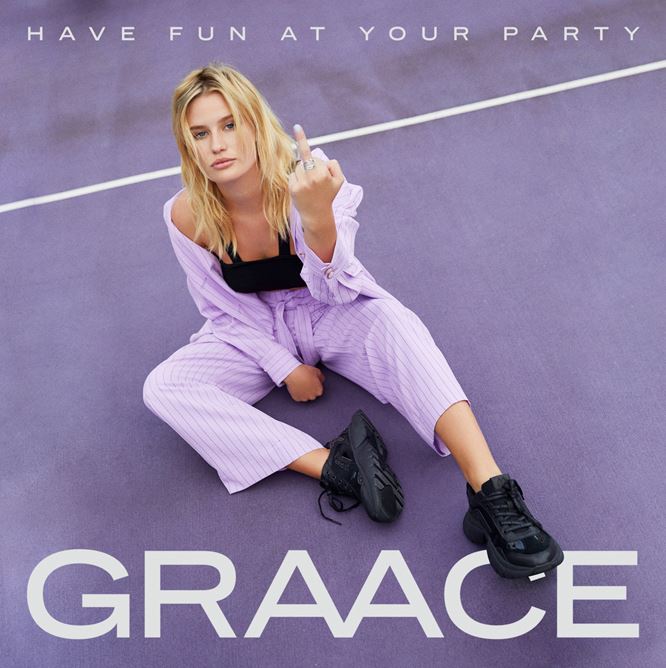 Listen to ‘Have Fun At Your Party’ here.

GRAACE has also announced single launches for ‘Have Fun At Your Party’; in Melbourne on Thursday 4th July at Wesley Anne, and in Sydney on Saturday 6th July at Low 302. Tickets available now.

Written by GRAACE and produced by Ian Franzino & Andrew Haas of AFTRHRS (Family Affair), ‘Have Fun At Your Party’ balances beautifully between organic pop and subtle electronic production. GRAACE’s vulnerabilities are laid bare in her song writing, with her warm yet melancholy signature vocals highlighted in the anthemic chorus.

Speaking on the track, GRAACE says “I was ‘dating’ someone when I started writing this. We went a lot of the first few months together trying to deny how we felt about each other, constantly pushing one away then pulling them back. I wanted the listener to picture me drinking all night because I couldn’t stop thinking about them while they were out, because at the end of the day I was head over heels.”

GRAACE has spent the last month touring in Europe, including supports for Tom Walker in Germany, as well as solo shows in London and New York.  GRAACE will wrap up her international shows next Friday May 22nd, with a show at Soho House in Los Angeles before returning to Australia to perform at her aforementioned single launches, as well as with Hayden James at Curve Ball in Sydney on June 8th, and the Falcona 10th Birthday in Melbourne on June 29th.

GRAACE’S big break came co-writing and featuring on ‘Numb’, the 2017 track from Australian artist and producer Hayden James which quickly became platinum in their homeland. A left-of-centre pop smash, it showcased GRAACE’s silky vocals which also saw GRAACE join Flight Facilities as a touring vocalist on their 2018 “The Return Flight” tour, playing shows across Australia as well as North America, Europe and New Zealand. It was quickly followed by the singer’s debut single ‘Kissing Boys’, an equally catchy bop that fleshes out a piano base with fluttering synth. Then came her debut EP ‘Self Sabotage ’, which has received over 15 Million streams globally and features the fantastic lead single and triple j favourite ‘Last Night’, which has been streamed over 10 million times.

‘Have Fun At Your Party’ is out now.

Graace releases new single ‘Have Fun At Your Party’