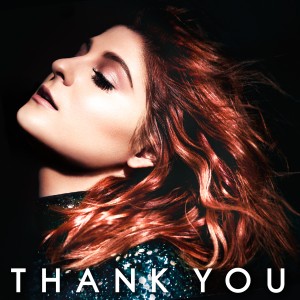 Sony Music Entertainment Australia is excited to announce that Grammy® winning artist, Meghan Trainor will be returning to Australia for a promotional visit this June!
Having visited the East Coast of Australia in 2014 and then again in 2015 for her sold out That Bass tour, Meghan is returning to her Aussie roots, getting up close and personal with fans and media in support of the THANK YOU album release.

Heralding one of 2016’s most eagerly awaited releases, Meghan Trainor’s first single off THANK YOU, ‘NO’ showed a different side of the singer altogether, illuminating the expanse and confidence inherent in her powerhouse voice while showing off her songwriting prowess. She teamed up with producer Ricky Reed (Jason Derulo, Pitbull, Twenty One Pilots) for the track which has achieved accreditation in Australia. THANK YOU is executive produced by Meghan Trainor and Ricky Reed. Fans who pre-order the album on iTunes now will also receive 6 instant grat tracks, including brand new single ‘ME TOO’ !

Meghan continues to break records, make history, inspire countless fans, and change the landscape of pop music and culture. She began 2016 by winning “Favourite Album” for her #1 ARIA and Double Platinum full-length debut, TITLE, at the 2016 People’s Choice Awards. Last year, TITLE not only bowed at #1 on the Billboard Top 200, but it became the First #1 full-length debut from a female solo artist in five years. It stood out as one of only seven albums to sell over a million copies in 2015. It also yielded Meghan’s global debut and 7 x Platinum single, ‘All About That Bass’ and the 3 x Platinum single, ‘Like I’m Gonna Lose You’ featuring John Legend, both of which spent 4 weeks at #1 on the ARIA singles chart. TITLE was the #5 most streamed album globally in 2015 and currently has over 900 million streams worldwide. Meghan also has over 2 billion video views on VEVO.

For Meghan Trainor, it all started with ‘All About That Bass’. The song introduced her to the world, and she became a household name in the process. A bona fide cultural phenomenon ‘All About That Bass’ spent four weeks at number one on the ARIA album charts & was the longest-running Hot 100 #1 by an Epic Records artist and longest-running Hot 100 #1 by a female artist in 2014. Its influence continued long after its release, scoring “Top Hot 100 Song” and “Top Digital Song” at the 2015 Billboard Music Awards as well as the 2015 ASCAP Pop Music Award for “Most Performed Song.” The breakout hit was nominated for “Song Of the Year” and “Record Of The Year” at the 2015 GRAMMY® Awards. In addition, she received three American Music Awards nominations and three Teen Choice Awards nominations.