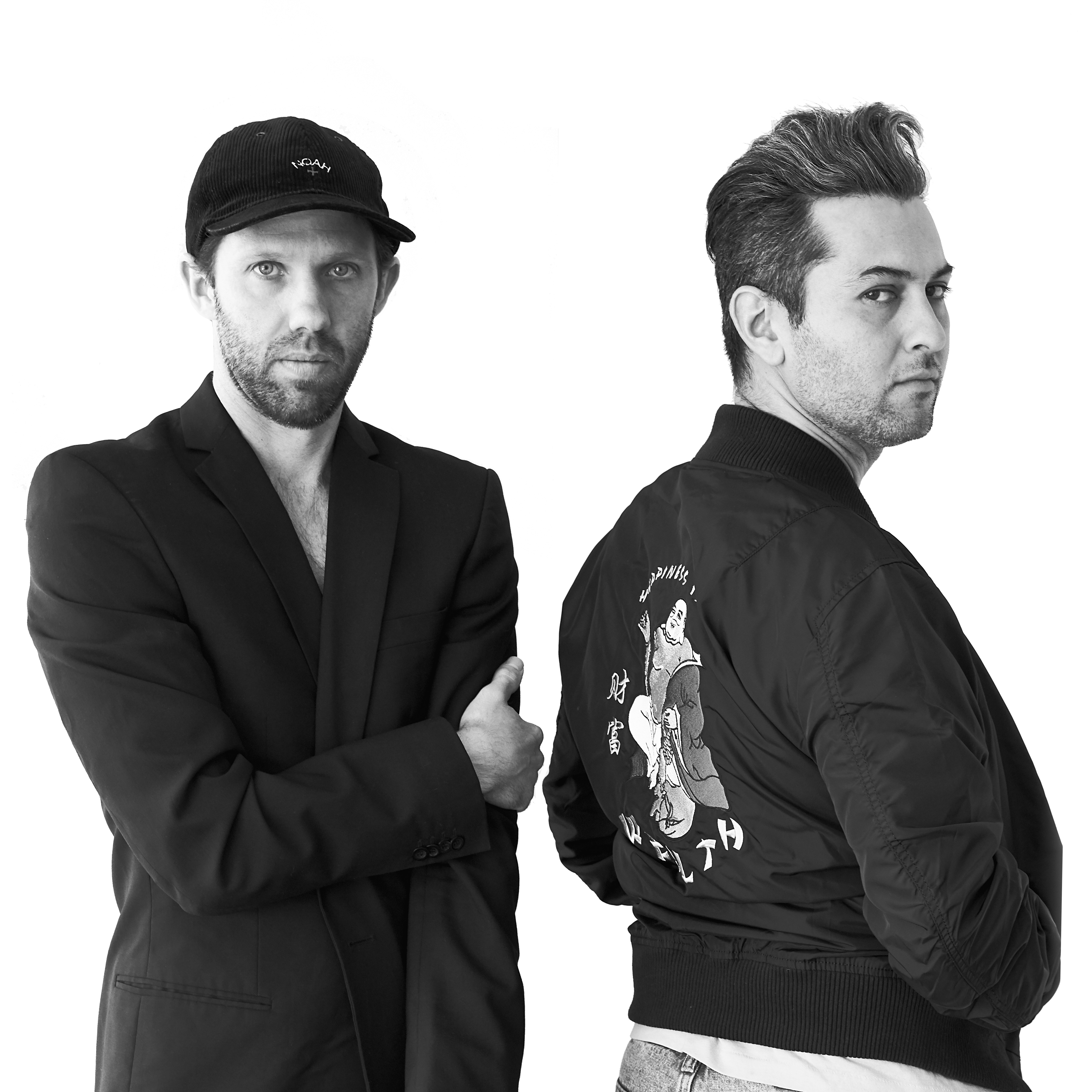 LISTEN TO THE EP HERE:
https://smarturl.it/HappinessisWealthEP


The HAPPINESS IS WEALTH EP is an unashamed mosaic of the duo’s influences – from hip hop, funk, 70’s disco, to house and French Touch. Lead single, ‘Forget You’ (2:43) is a fusion of hip hop-soaked funk with soft-rock vocal treatments in trademark Surahn fashion. Co-written with Jimmy2Sox – analog drum machines and slap bass are prominent throughout with a feature verse from LA rapper Tayyib Ali. Next up is ‘New Romance’ (2:47) – a straight disco lace up with Chic chants and Daft Punk synthology leading into the chorus whilst glitter then explodes from the speakers. ‘Emotion’ (3:25) delivers a late night dance floor cut taking the party on an auto-tuned, smoke-filled house journey. The EP finishes with ‘You’re a Star’ (2:36) – a blistering instrumental co-written with Styalz Fuego and nod to French House designed to make you drive faster and dance harder.

The EP’s cover art reflects the ongoing collaboration between Happiness is Wealth and Parisian skate-turned-fashion photographer Cedric Viollet who regularly works with brands Kenzo, Louis Vuitton, Dior, Nike, Sonia Rykiel, M.I.A. and Dries van Noten. Viollet best known for the raw, intimate quality of images – has curated the EP cover art from a series of images he documented on assignment for Leica in remote Lesotho, Africa. The images will be exhibited in Paris in September and produced as a limited edition zine in collaboration with Happiness is Wealth.


ABOUT HAPPINESS IS WEALTH:
Surahn Sidhu and Omar Varts are childhood friends, having worked in top tiers of the Australian music and fashion industries. Surahn has worked with the likes of Usher, The Swiss, Empire of the Sun and as touring vocalist for Hayden James and Flight Facilities. Omar has worked with and developed international cult fashion, lifestyle and luxury brands residing between New York, Stockholm and his native Australia. This fusion of music, design, fashion and culture has meant a strong pedigree both locally and internationally, with a sound and production palette as diverse as the duo’s contemporary influences.


Signed to Sony Music and booking agency Falcona, their live performances are energetic disco-house worship sessions – a sonic and visual feast. The duo light up both stages and clubs and will be touring heavily throughout the coming Australian summer.

Happiness Is Wealth Debut Self Titled EP is out now!