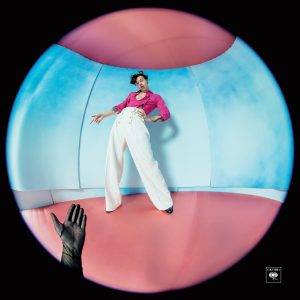 “the album is a confident and refreshing late arrival in a mostly forgettable year for pop music, reconfirming Styles’ status as a bona fide rock star.” – USA TODAY

“Harry Styles Is a Rock God and a Gentleman on ‘Fine Line’. The English pop star makes retro-rock with a sensitive touch on his excellent second album” – ROLLING STONE

Harry Styles’ highly-anticipated and critically acclaimed new album, FINE LINE has today debuted at #1 on the ARIA Albums chart, his second album to do so. FINE LINE is available now on CD, vinyl and via a special edition album that includes a 32-page book with exclusive behind the scenes photos from the recording process via Columbia Records / Erskine Records through Sony Music Entertainment Australia.

On release day in the US, Harry celebrated the release of his sophomore album with a special event, ‘Harry Styles – Fine Line Live at the Forum ­­– One Night Only’ in Los Angeles. Following on from his appearance on the ELLEN Show on Tuesday, Harry headed across to the UK for 4 performances for BBC Radio 1’s Live Lounge – ‘LIZZO ‘JUICE’ COVER | ‘ADORE YOU’ | ‘LIGHTS UP’ | ‘WONDERFUL CHRISTMAS TIME’ – as well as ‘Harry Styles – Fine Line Live at the Electric Ballroom ­­– One Night Only’ in London on Thursday night where there was a special guest appearance from Stormzy.

Harry kicks off his 2020 world tour, ‘Love On Tour’ in April in the UK and will travel across Europe and North America before concluding in South America in October. Full list of dates and all ticket information/on sale info is available on Harry’s official website. Asia, Australia and additional tour dates to be announced in 2020.