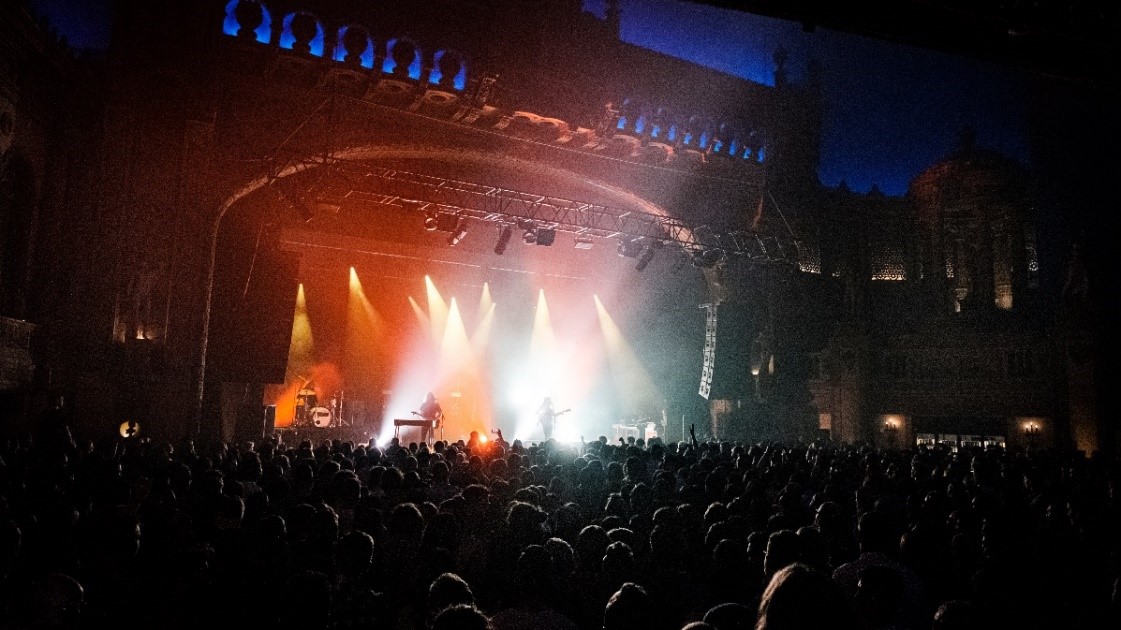 “Holy Holy are a band that embodies what music and performance should be.”
THE MUSIC

Today, HOLY HOLY have released MY OWN POOL OF LIGHT – LIVE IN MELBOURNE through Wonderlick/ Sony Music Entertainment Australia.

Recorded live from The Forum in Melbourne in 2019, the EP features 7 tracks from what was a special show for one of Australia’s most loved acts.

“For some reason, we recorded the show but not to release a live EP, which in a way I’m glad about. Had I had that in mind, I might have been more conscious of it. As it was, we were enjoying the moment” says Timothy Carroll.

Featuring lead singles ‘Teach Me About Dying’, ‘Maybe You Know’ and ‘Faces’, MY OWN POOL OF LIGHT – LIVE IN MELBOURNE brings the new sounds and fresh ideas from their self-produced album to life. The soaring melodies, the beguiling mix of jubilance and melancholy, Carroll’s affecting lyrics are further amplified by the energy and passion in their live performance.

With a touring hiatus due to COVID, now felt like the perfect time to release the live EP. “Playing live shows is one of our favourite things to do. I feel that music is to be shared and experienced, and no better way to do that than in a room with a bunch of other humans. So sad that we can’t do it right now; but, we hope this live EP is a worthy second-best” says Oscar Dawson, adding “We’ll be back out there as soon as we can be”.

MY OWN POOL OF LIGHT received critical reception with an ARIA nomination for Best Rock Album, a J Award nomination for Album Of The Year as well as a triple j feature album on release and voted in at number 5 on the triple j listener album poll. The album was also an Australian Music Prize Nominee, received airplay on Radio 1 and Radio x in the UK, and has received praise from the likes of The Age, The Australian, The Guardian and more.

Having supported Liam Gallagher at Bird In Hand Winery, completed sold out shows at The Tivoli in Brisbane and The Forum In Melbourne, as well a festival spot at Groovin the Moo, 2019 was a huge year of touring for the band. For Timothy and Oscar the pandemic has shone a light on just how lucky they were sharing that music.

Working on new music during this time has been a refreshing break for the ARIA nominees, but the lure of touring is still strong, “I think, when we do finally get to take to the stage again, I will appreciate it more than I ever have before” say Timothy.

Holy Holy release My Own Pool of Light – Live In Melbourne