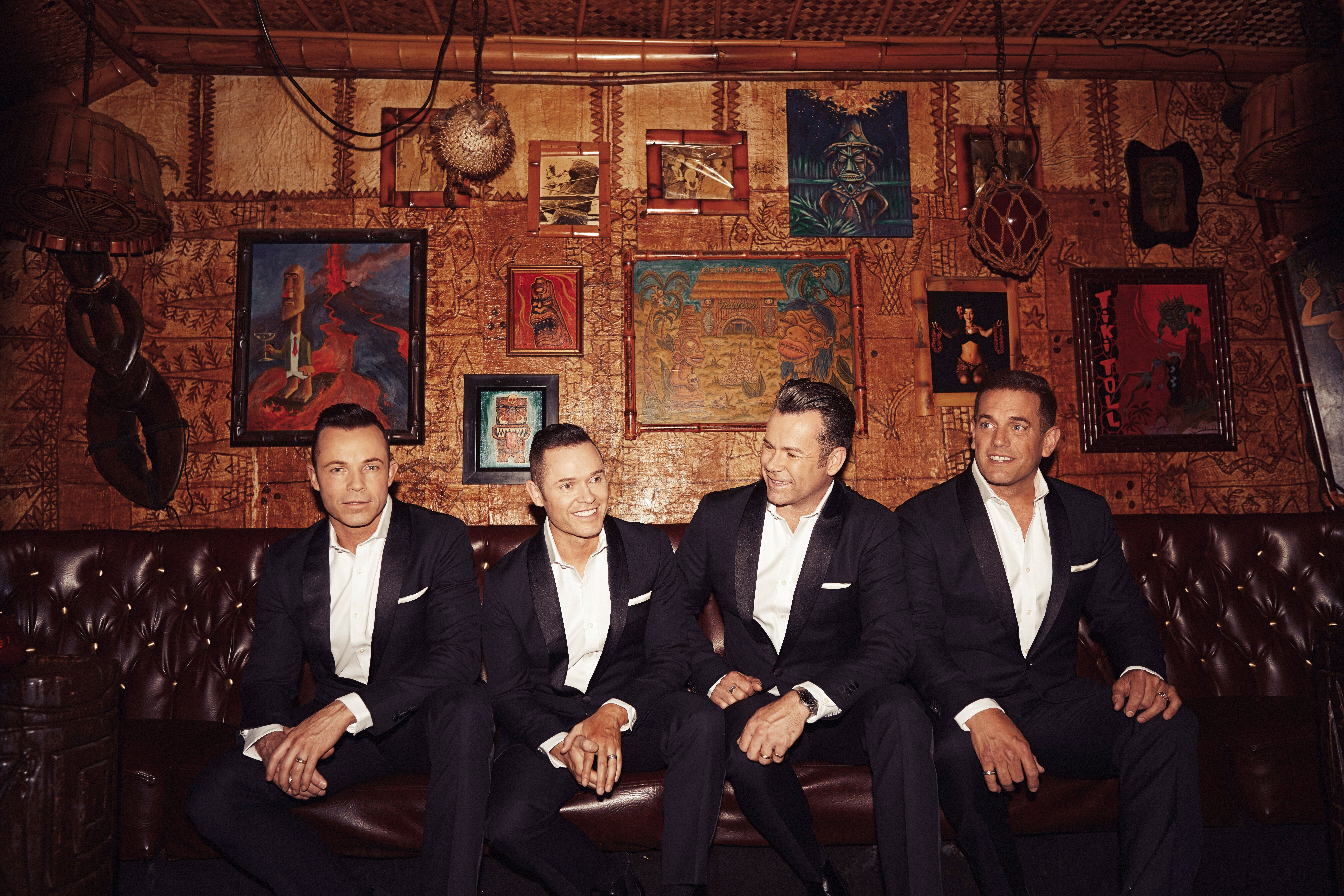 Australian icons Human Nature, hailing from Western Sydney, will be next to be inducted into the ARIA Hall Of Fame at the 2019 ARIA Awards in partnership with YouTube Music at The Star Event Centre, Sydney on Wednesday, 27th November 2019.

Since signing to Sony Music Australia over two decades ago, this incredible band have earned their place as one of the world’s finest pop-vocal groups of the modern era. Human Nature have released 13 studio albums, 4 of which went to no. 1 in Australia, garnering 26 platinum awards, 15 top 20 singles and five top 10 hits worldwide, with album sales in excess of 2.5 million in Australia alone.

Upon hearing the news of the ARIA Hall Of Fame induction, Human Nature said, “We are so incredibly humbled by this honour to be inducted into the ARIA Hall Of Fame. All we have ever wanted to do for a career is to entertain people, and to have had the fans continually support us over the years both in our home of Australia and overseas, is really something we never dreamed of. To be inducted on the anniversary of our first ever performance as a group & in our 30th year since forming makes us so grateful. We are so looking forward to coming back home and celebrating this honour with our family, friends and fans on November 27th at the 2019 ARIA Awards.”

ARIA Chief Executive, Dan Rosen, said: “The 30 year career of Human Nature is a truly unique Australian success story. From teenage friends to multi platinum stars to keepers of the Motown flame, they have won over audiences all around the world. I am thrilled to have them in the ARIA Hall Of Fame and congratulate them for their incredible career.”

Denis Handlin AO, Sony Music Entertainment Chairman and Chief Executive Officer of Australia and New Zealand and President of Asia, said: “It has been incredibly special to be a part of Andrew, Mike, Phil and Toby’s journey as Human Nature right back from those very early days and to watch them develop into the amazing talent they are today. I am enormously proud of their outstanding achievements both at home and overseas. Their induction into the ARIA Hall of Fame is a wonderful honour that caps off a brilliant 30th year for them as Human Nature.”

On November 22nd Human Nature will release ‘Still Telling Everybody – 30 Years of Hits’. This milestone collection of their biggest hits spanning across three decades will also feature two previously unreleased tracks, a reimagined version of their smash hit ‘Don’t Say Goodbye’ and the Motown classic ‘This Old Heart of Mine’. ‘Still Telling Everybody – 30 Years of Hits’ is available for pre-order now HERE. Human Nature will also be celebrating Christmas in style this December with 6 very special shows with their Christmas At The Palms shows in Melbourne – for all tickets and for information please head HERE.

As well as celebrating their 30th Anniversary in November 2019, Human Nature also mark the achievement of performing over 4000 shows together as a group. That kind of staying power, combined with their incredible vocal talent, has seen them headline sold-out shows around Australia, as well as building a formidable reputation as a genuine Las Vegas resident headline attraction. Having signed to Sony Music in 1995, Human Nature is one of the greatest Australian musical success stories earning their place as one of the world’s finest pop-vocal groups of the modern era known for their distinctive harmonies, stellar live shows and down to earth accessible conduct has made them popular by their loyal fans and the industry at large. Their dynamic vocal performances and shows have also drawn the support of Rock n Roll Hall of Famer and their friend and mentor, the icon legend Smokey Robinson as well as Motown co-founder Berry Gordy. So much so that Smokey presented their debut Motown Las Vegas residency show and continues to celebrate milestones such as their most recent 2000th show in Las Vegas alone!

Not only have Human Nature toured Australia nationally 15  times, with their 2017 Australian “Ultimate Jukebox” tour blitzing the market place with over 40,000 tickets sold. The group has also toured with some of the music industry’s biggest names including Michael Jackson and Celine Dion, as well as performed to a worldwide TV audience at the 2000 Sydney Olympics, performing to more than one billion viewers. They returned to Australia in April of this year for their sold out ‘Little More Love – A 30th Anniversary Celebration Tour’, during which they performed the music that has seen them endure as one of Australia’s most popular acts for the past 30 years, as well as a top-flight Vegas strip attraction for a decade.

On January 26th 2019, Human Nature – Andrew Tierney, Mike Tierney, Phil Burton and Toby Allen – were awarded one of the top honours from their home country, the Medal of the Order of Australia (OAM), presented by his Excellency the Governor-General of Australia, Peter Cosgrove, for their service to the performing arts and entertainment field. The Order of Australia is the most prominent way Australians recognise the achievements and service of their fellow citizens and community.

Stay tuned for more exciting announcements about the 2019 ARIA Awards with YouTube Music.

Human Nature to be inducted into the ARIA Hall of Fame