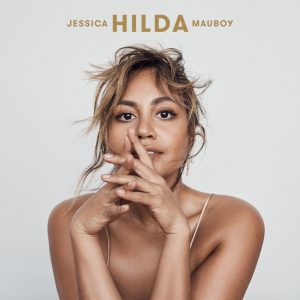 ARIA Award winning Australian Artist Jessica Mauboy’s fourth studio album, HILDA, has today debuted at #1 on the ARIA Album Chart.HILDA is Jessica’s first album of original tracks to debut at #1 following on from her soundtrack album, THE SECRET DAUGHTER: SONGS FROM THE ORIGINAL TV SERIES that debuted at #1 back in October 2016, which was a first for an indigenous artist.

On hearing the news of this incredible achievement, Jessica said, “To know that everyone has connected with HILDA and embraced my story as their own, is so humbling. It makes me so grateful for everyone’s support. Being out this week performing for the fans and witnessing them experience the music from my new album, it made me realise how much they missed it, as much as I have and I can’t wait to get out on the road and share this with you all!”

“To have HILDA released means so much to me,” explains Mauboy. “This album has been six years in the making, and to be able to finally share my story so that others can connect with it is everything.”

Since the release of BEAUTIFUL six years ago, Jessica wanted to go back to her roots for her next recordings. So she headed home to Darwin determined to discover more about her grandmother Hilda Mills, the woman whose name she shares but never met. In what started as a journey of self-discovery for this young woman descended from the Kuku Yalanji tribe taught her more about the patterns families repeat and the strength and resilience she inherited from the women in her bloodline.

“Any one of my sisters could have been gifted that name. Why was it given to me? Hilda Mills passed away when my mother was 10 and I don’t think it had ever really dawned on me that she became a mother without having a mother,” Jessica explains.

“I couldn’t imagine what my mother had to go through as a little girl, a teenager and a woman and not having a mother to lean on, to identify with. This record is a dedication to those women, to my grandmother and mother for being fierce and strong and how they have helped me to pursue this life and become a woman. I am because of them.”

Looking through photo albums and revisiting family lore with her parents and sisters helped her distill the musical stories she wanted to tell on HILDA. At first listen, the songs track the arc of a romantic relationship and there’s no doubt her long term partner Themeli also provides inspiration for both the highs and lows she reveals in her lyrics. From celebrating those glorious private moments hanging with your man on a lazy Sunday to fearing the ‘Little Things’ which can fester into bigger things in a love affair, the singer and songwriter has never been more personal or direct with her music. There’s the tearjerker of ‘Just Like You’, a dedication to her parents and how their relationship informs her own whilst ‘Butterfly’unpacks the behavioral traits passed from one generation to the next.

“No one writes songs about family and it can be tough to be direct and not be cliché. That was the tug of war I’ve had in my mind,” she says.

To achieve her vision for the record, Jessica was insistent it would be written and recorded at home in Australia after years of travelling the world to create songs. She reunited with her longtime collaborators and trusted musical allies DNA Songs (David Musumeci and Anthony Egizii) and Louis Schoorl. And she explored new sonic worlds with rising producer Thief and fellow artists and songwriters Muki and Chiara.

“It was really important to make this record on this ground with people who understand me. I felt confident to be open,” she says.

“In a way all these songs about me learning more about myself and how to stay kind and loving and respectful. The biggest part of this has been accepting when I put something out there it is worth something.”

Jessica has been nominated for 2 ARIA Awards this year – Best Female and Best Video presented by YouTube Music for ‘Little Things’. Fans can vote once per day while signed into their Google Account, until November 20. To vote, search “ARIA Vote” on Google and select ‘Little Things’ from the Best Video tab.