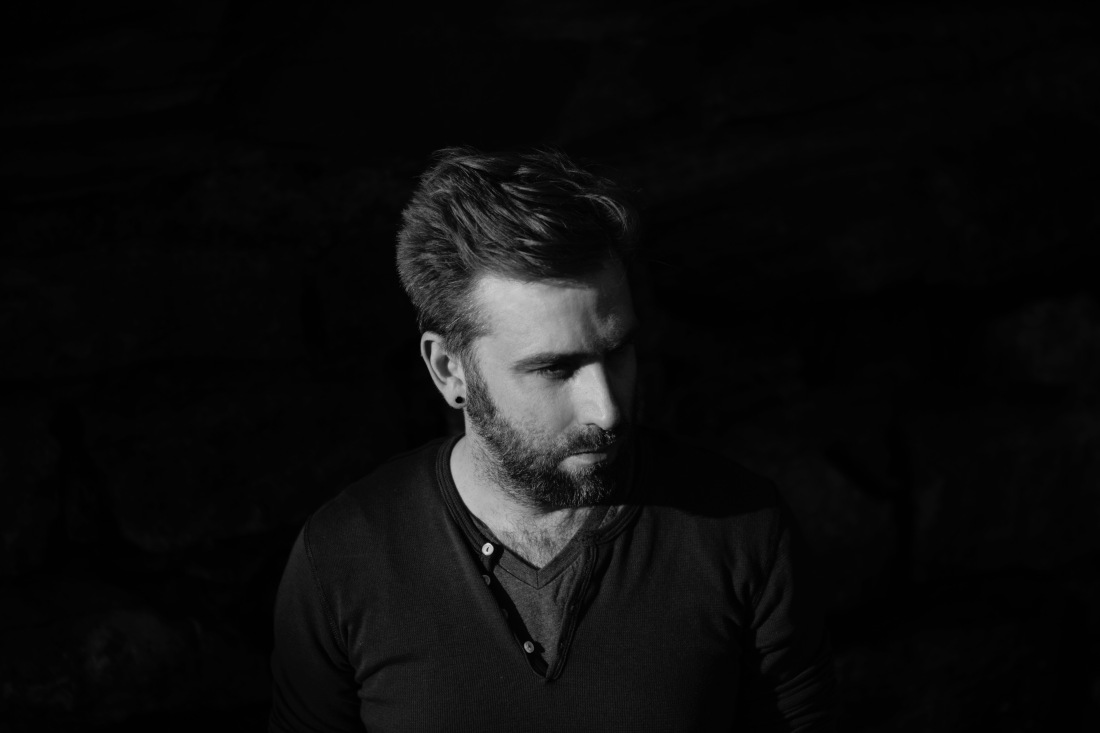 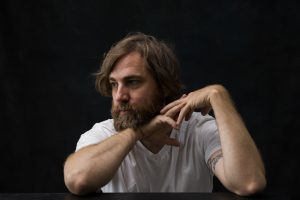 After a brief hiatus, acclaimed singer-songwriter Josh Pyke presents his new single, ‘Doubting Thomas’. It follows the release earlier this month of his first single in five years,‘I Don’t Know’, which was accompanied by a heartfelt video message to his fans in whichPyke explained his issues with anxiety and the role they played in his live touring absence.

‘Doubting Thomas’ finds Pyke ruminating on the idea of saying goodbye to a loved one, and that sometimes you just have to accept life’s curveballs. Effortlessly catchy, it combines the singer-songwriter’s trademark style – his hushed vocals, lush harmonies, wistful lyrics and glorious melodies – with a reinvigorated twist.

“One of the benefits of the break was getting rid of self-imposed rules,” says Pyke.“‘Doubting Thomas’ for me is a song that references the fact I’m just making music I want to make. It’s got a weird, long instrumental solo thing in the middle that I would never have done five years ago. Having no time constraints and no real agenda gave me freedom.”

Recorded and produced by Pyke in his own Timshel Industries studio, he also played all the instruments with the exception of drums, which were handled by Josh Schuberth in the drummer’s Blue Mountains studio. ‘Doubting Thomas’ was mixed by Grammy-nominated producer/engineer Tucker Martine (The Decemberists, Sufjan Stevens) in Portland, Oregon.

“Tucker brought a depth of experience and a level of objectivity,” says Pyke. “And also an international perspective. My songs are just songs – they’re not Australian songs. I’m an Australian, and this is proudly written from my experience of living in Australia. But they have universal themes, they have a life in the world. You can’t geolocate music anymore.”

In keeping with Pyke’s international perspective, the video for ‘Doubting Thomas’ was shot in the mirror maze of Science Centre Singapore, the largest of its kind in Asia.

“It’s the idea of self-reflection and not being able to escape yourself wherever you look, and how you can’t pass through to the mirror world, to this alternate reality,” says Pyke. “You have to accept what is in front of you. It’s the perfect metaphor for the whole song.”

The contrast between the visit to Singapore for the shooting of the ‘Doubting Thomas’ clip, and the original trip that had inspired the video was stark. “I’d been to Singapore with my family in 2018 and had taken my kids to visit the Science Centre. Whilst exploring, we came upon the mirror maze and I thought it’d make the perfect setting.” Cut to March 2020 and Josh Pyke was flying into Singapore at the beginnings of what we now know as the COVID-19 Pandemic. “We were cautious about hygiene, wearing masks and sanitising our hands often, but the atmosphere was strange and tense. At that point, gatherings had not been banned, but we were having our temperatures taken before entering venues, and the streets were eerily quiet. Little did we know that a few days after we returned the government would issue the 14 day quarantine laws for travellers returning from overseas.  A few days after that gatherings were banned, my tour was postponed and the whole world went into lockdown.”

Pyke’s return to music comes off the back of an incredibly busy period pursuing other creative endeavours. In 2019 he ventured into the world of children’s books, releasing the award-nominated LIGHTS OUT, LEONARD as well as co-authoring A BANANA IS A BANANA with renowned entertainer Justine Clarke. (He has three more kids’ books due for release in 2020 and 2021 through Scholastic.) He also snuck a self-produced punk album onto streaming services under the name Sword Owl (a name conceived by one of his sons while still in kindergarten).

This activity followed an intense three-year stretch in which Pyke released BUT FOR ALL THESE SHRINKING HEARTS (his highest-charting album to date, debuting at Number 2 in Australia); performed with the Sydney Symphony Orchestra (immortalised on the ARIA Award-winning LIVE AT THE SYDNEY OPERA HOUSE album); released a Greatest Hits LP; toured with an all-star line-up performing The Beatles’ WHITE ALBUM; and played some of the biggest local and international solo shows of his career. No wonder he needed a break.

With a rescheduled Australian tour set for October, however, it’s time to hit the road again.

“I was worried about everything disappearing during the time away, but the response to the tour has been so exciting,” he says. “I can’t wait.” 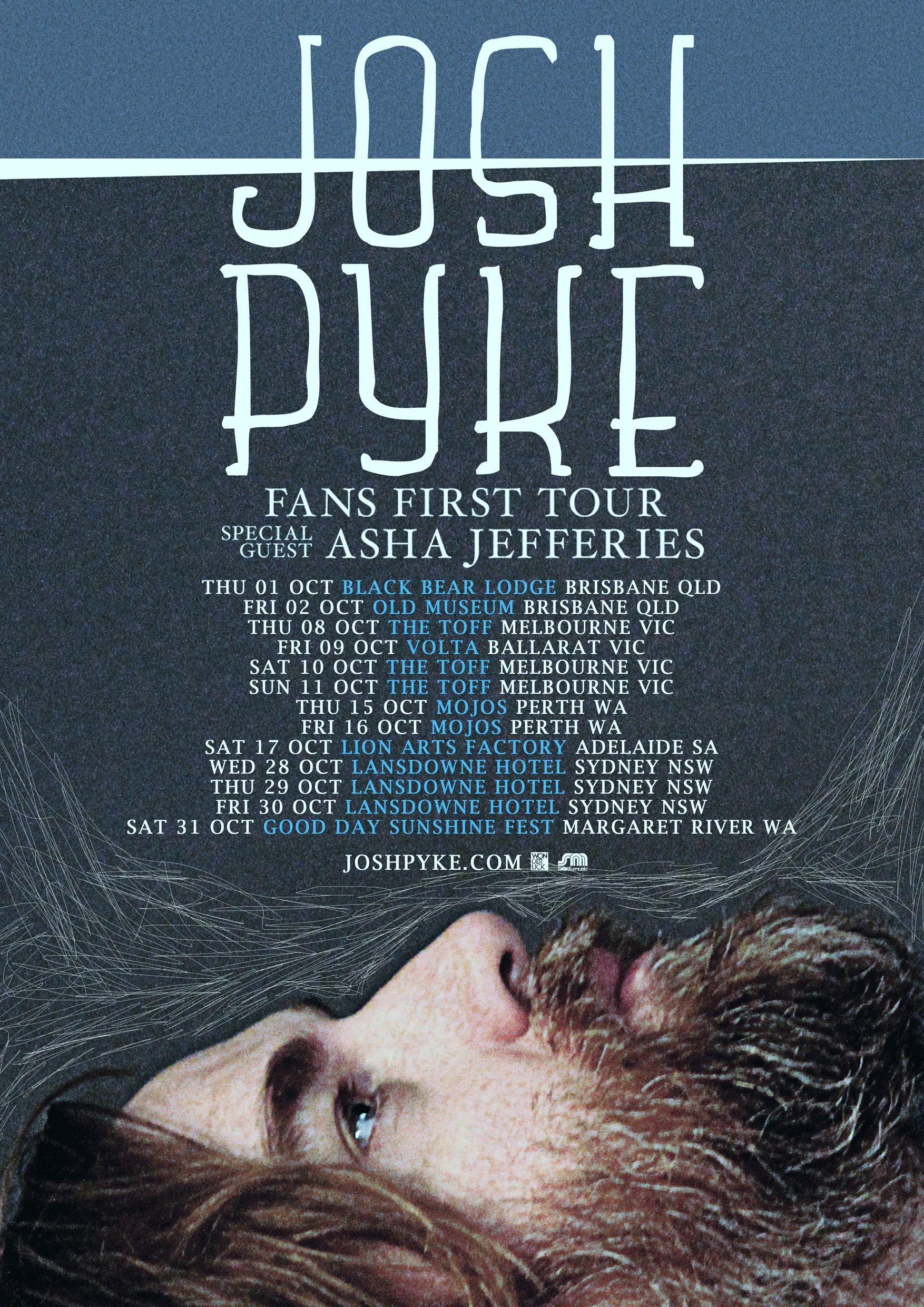 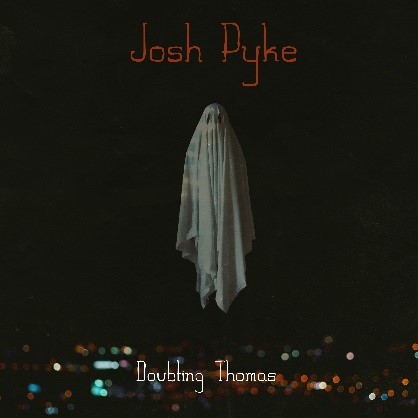