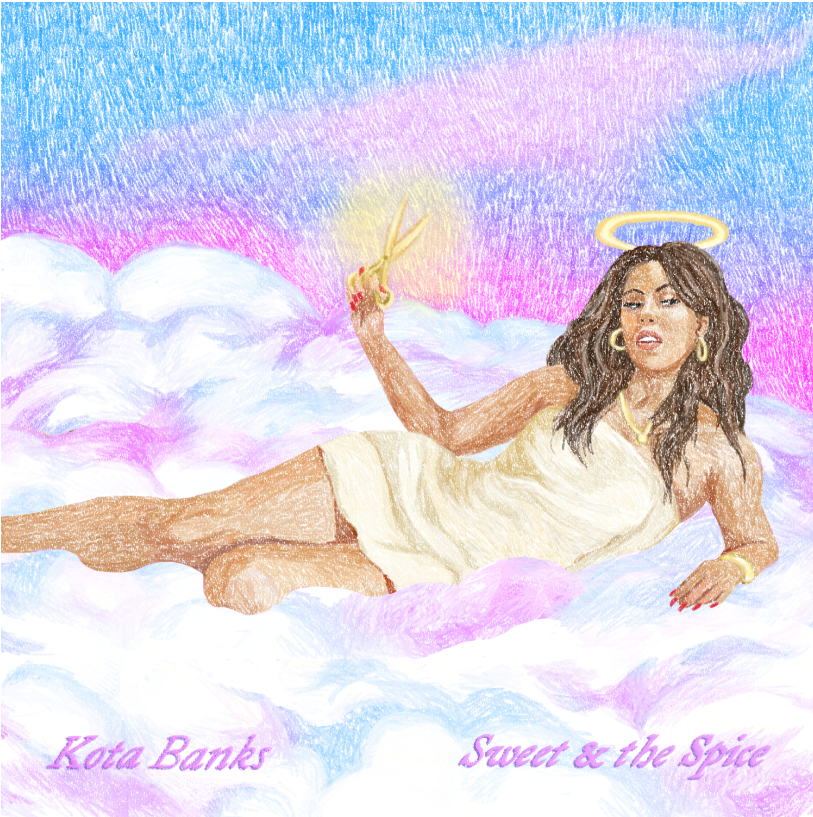 A true musical chameleon, the EP showcases Banks’ diversity as both a songwriter and performer – there’s the garage euphoria of ‘Let U Leave’ and the rap-influenced empowerment anthem ‘Snip Snip’,both produced by long-time collaborator Swick, the pitch-shifted vocals of dance track ‘Never Sleep’ produced by ChunkyLuv and the romantic pop of the Xavier Dunn-produced latest single ‘Yes’.

The EP’s diversity is partly the result of Banks having more time during isolation to write and play around with styles. As the title suggests, SWEET & THE SPICE offers different moods and genres for any palette and is the next evolution for an unstoppable artist.

“I’m so excited about this EP,” Banks says. “The main theme is creativity and chaos. This year has been so unpredictable… I got to stay home and write so much more than anticipated, so it felt important to react to the times and release more spontaneously.

“It‘s meant to be a body of work that represents the créme de la créme of pop songs across genres, that defies the general rule that an artist has to be cohesive. The title SWEET & THE SPICE represents the many contrasting flavours in the music. I’m a different person every day. I’m quite unpredictable, erratic and ever-evolving, so I guess this translates to how I create… one day I want to write a garage song; the next a dance song; sometimes ballads; sometimes rap songs. They all feel just as authentic to me.

“I want it to be more common for bodies of work to appear disjointed. It can risk polarising the listener, but it embraces richer expression; re-prioritises art over commerce; and reflects the multifaceted nature of people and life.”

About single ‘Yes’, the final track to be released from the EP, Banks says “‘Yes’ is one of my favourite songs I’ve ever written. I’m the biggest fan of pop music, and to me this song is a homage to pop in its purest form. It’s maybe my most palatable song yet sonically, so it’s ironic that in a way it feels the most risky for me. It’s a song about falling in love, so there can’t really be any sonic distractions. That feeling is so organic, all-consuming and euphoric… so that’s exactly how the song had to be!”

The iconic artwork for SWEET AND THE SPICE was completed by illustrator Johanna Burai, who also lent her skills to the separate eye-catching artworks from the previously released singles on the EP.

It’s been a massive couple of years for the Sydney based songwriter, with the release of tracks ‘20 Missed Calls’, ‘Big Bucks’, ‘Feel Again’ and ‘Italiana’, as well as a high profile collaboration with Norwegian super producer Cashmere Cat on two tracks from his new album PRINCESS CATGIRL (‘Watergirl’ and ‘Without You’) and work on SOPHIE’s Grammy-nominated 2018 album OIL OF EVERY PEARL’S UN-INSIDES.