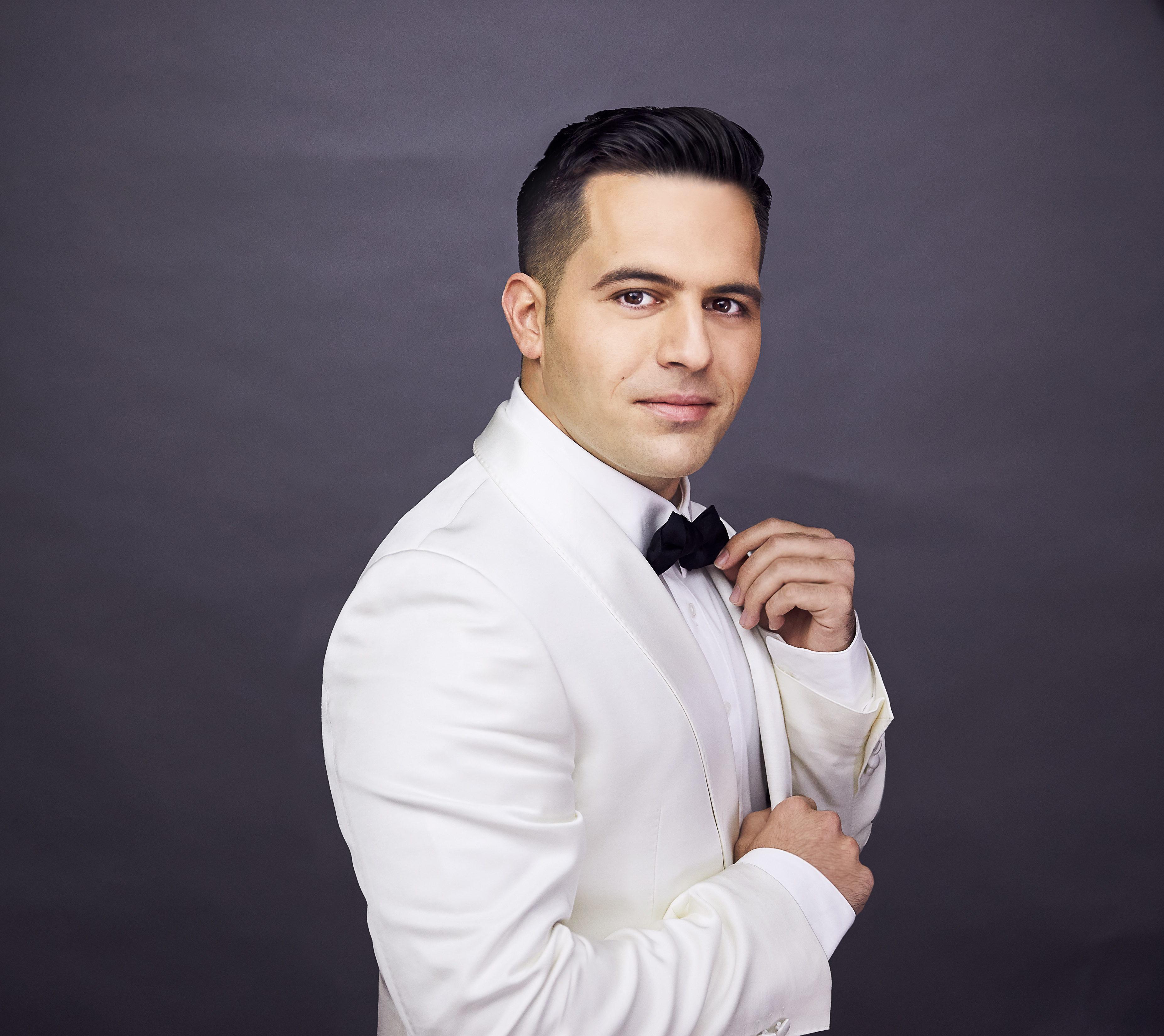 MARK VINCENT TODAY RELEASES HIS FIRST
CHRISTMAS ALBUM,
THE MOST WONDERFUL TIME OF THE YEAR

LISTEN TO THE ALBUM HERE

Today Sony Music Entertainment Australia is pleased to release The Most Wonderful Time Of The Year, the first ever Christmas album from popular crossover artist Mark Vincent.

This much-anticipated album is a heart-warming and joyous collection of songs that celebrate the festive season, including ‘O Holy Night’, ‘White Christmas’, ‘The Holy City’ and ‘Hark the Herald Angels Sing’. The album also features duets with Marina Prior (‘Angels We Have Heard On High’) and UK tenor Russell Watson (‘Little Drummer Boy’). On The Most Wonderful Time Of The Year, Vincent is joined by the outstanding Sydney International Orchestra, conducted by long-time Vincent collaborator Chong Lim.

Mark says, “I have long dreamed of recording a Christmas album that captures the beautiful traditions of the festive season. Over the years these songs have brought so much joy to my family and I, and it is my pleasure to give back that same joy by making this album.”

Off the back of this release, Mark will premiere his first Melbourne Christmas concert with his eight-piece band at The Palms at Crown, and hold his annual family concert at the Sutherland Entertainment Centre. The concerts will feature songs from the album plus much loved ballads and romantic arias including ‘Somewhere’ from West Side Story, and ‘Nessun Dorma’.

Be swept away by Mark’s irresistible charisma and sublime once-in-a-lifetime voice that will ignite the Christmas spirit in us all. Rejoice this holiday season with Mark Vincent’s The Most Wonderful Time Of The Year, available now.

Melbourne
14th December 7.30pm
The Palms at Crown
Book at Ticketmaster or call 136100

About Mark Vincent
Singing from the age of 15, Mark Vincent has gone on to become one of Australia’s most beloved tenors, having released eight consecutive #1 ARIA Classical Crossover Albums, and having earned accolades both nationally and internationally.

Vincent’s last album, A Tribute To Mario Lanza, contains the ground breaking ‘virtual duet’ of ‘Because You’re Mine’ with the Hollywood legend. The ‘duet’ made headlines and received the patronage of Mario Lanza’s daughter, Ellisa Lanza Bregman, who gave permission for the re-recoding of the ‘virtual duet’ and said, “I’m pleased to allow my father’s recoded voice to be joined on this historic recording by the exciting young tenor, Mark Vincent.”

Like Lanza, Mark grew up in a family with strong Italian traditions and heritage and has always been inspired by the legendary Italian tenor.

Turning his focus to Musical Theatre, in 2014 Mark Vincent made his debut in the Australian production of Dirty Dancing, which played 130 shows around the country. In June 2016, Dame Julie Andrews, DBE cast Mark in her production of My Fair Lady, which toured nationally with Opera Australia to rave reviews.

Vincent concluded a stellar 2017 with a national headline tour, followed by a sold-out tour of the UK with international soprano Katherine Jenkins, performing in iconic venues including Royal Albert Hall in London.

This year has seen Mark perform in Ireland with Tommy Fleming whilst preparing his debut album The Most Wonderful Time Of The Year for the festive season. This will be Mark’s ninth album… an impressive feat for a recently turned 25-year-old.