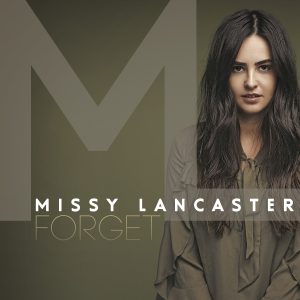 ‘Forget’ is co-written and produced by highly sought-after Nashville writer/producer Josh Kerr – a writer on the recent #1 US hit single ‘My Girl’ by Dylan Scott and the Kelsea Ballerini hits ‘Love Me Like You Mean It’ and ‘Dibs.’

Missy was signed to Sony Music following the successful release of her independent EP last year, which included the popular tracks ‘That’s What I’m Talking About’ and ‘Back Row.’ She went on to be voted a Top 5 finalist at the CMC Music Awards for New Australian Artist of the Year in March this year.

Missy speaks to a generation that is less about categorisation and labels and more about strong, relatable messages and unique creative expression. She describes ‘Forget’ as a big-hearted lyrical tale that incorporates “a rap style to the verse with a big country-rock sounding chorus.”

Missy has spent a considerable amount of time in Nashville in the last 12 months writing songs and developing her sound in the studio with Kerr and award-winning Nashville based Australian producer Lindsay Rimes (LOCASH, The McClymonts).

‘Forget’ is available now and is the first single from Missy’s forthcoming debut album, which will be released in 2018.