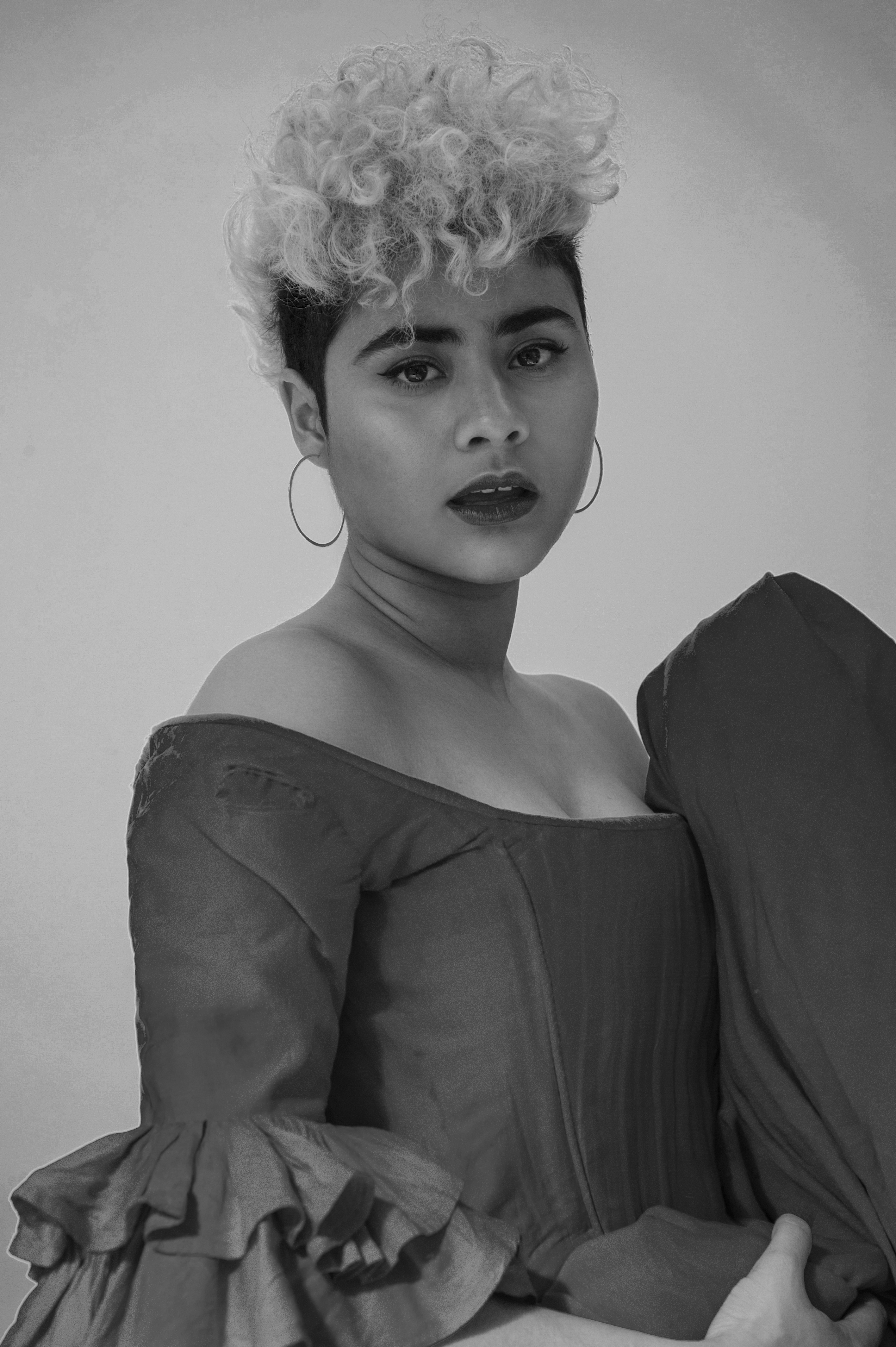 “Montaigne creates music that has a thrilling waywardness, baroque pomp and storm-the- stage energy. The Sydney singer has a certain something. She’s sweet, sassy and silly, and holds a crowd with an enthralling personality”
– Sydney Morning Herald

“Every now and again there’s just a voice that stands out a long way. Montaigne was one of those voices. It is just so far beyond what everyone else is doing that it just jumps out at you and it’s just so gratifying to hear”
– Stephen Goodhew (FBi music director)

LISTEN TO ‘DON’T BREAK ME’

Montaigne wrote the powerful song with David Musumeci and Anthony Egizii, the duo behind DNA Songs. Atop demanding drums and a playful melody, Montaigne weaves her intricate lyrics with her hallmark, soaring vocals. It’s undeniably pop, with a dark underbelly as Montaigne begs “don’t break me / don’t break me down.”

Just like her sophomore album COMPLEX, ‘Don’t Break Me’ is equally as vulnerable and self- aware, exploring the depths of a breakdown of a toxic relationship, both personal and political.

As Montaigne explains: “’Don’t Break Me’ is a depiction of the enough is enough phase of a relationship breakdown, where one person feels like they are putting much more time, energy and resources into the relationship than the other person and becomes frustrated and resentful. I wrote it while reading ‘Co-dependent No More’ by Melody Beattie, which really informed the qualities of the character and the relationship dynamic.”

Montaigne will perform ‘Don’t Break Me’ live at Eurovision Australia Decides on the Gold Coast for her chance to represent Australia at the Eurovision Song Contest 2020 in Rotterdam, the Netherlands.

The ARIA Award Winner is at home on the stage, giving every ounce of her electric energy to the audience. Montaigne is fearless on stage, embodying every emotion in her deliberate, fluent movements. With it’s anthemic chorus and heartfelt cries the performance of ‘Don’t Break Me’ will be no different.

The Live TV Final will be broadcast live and exclusive on SBS on Saturday 8 February. The Australian public are eligible to vote for Montaigne as their favourite performance via SMS* from Friday 7 February at 8.30pm AEDT until Saturday 8 February at approximately 10:15pm AEDT. The public vote makes up half of the overall vote.

*To register an SMS vote, voters must text the song number (as promoted in program) of their favourite Act to 1999 2222. Premium SMS must be enabled to vote. Voting costs $0.55 per vote and the maximum number of votes is 20 per mobile phone provider. Voters will automatically be entered into the “Eurovision – Australia Decides – Gold Coast 2020 Win a Luxury Vacay to QT Gold Coast” competition. For more information, go to sbs.com.au/Eurovision.