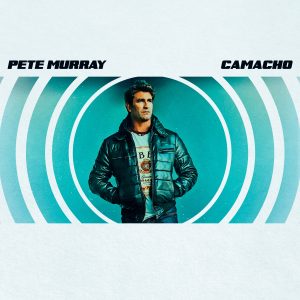 “Pete Murray is back with his charismatic charm and soothing vocals that sparkle in ‘Camacho’” – TheMusic.com.au

“Murray concentrates on strong studio production to complement his tried and true warm, powerful vocals and familiar guitar riffs, with a  result as captivating as it is catchy” – Lunchbox TV

One of Australia’s most loved musicians with over one million record sales under his belt, Pete Murray has today released his sixth studio album, CAMACHO¸ through Sony Music Entertainment Australia. After impressing with his beat-driven, anthemic single ‘Take Me Down’, Pete is back and CAMACHO has become one of the most hotly anticipated releases of the year, cleverly signposting a change of speed for Pete, as he delves into the world of old-school beats.

Tickets are moving fast for the upcoming 33-date national CAMACHO Tour that will kickstart in Lismore on July 12 and finish up in Darwin on September 9, with Ben Wright Smith announced to be joining Pete on the road for all shows.

Guaranteed to be lapped up by new and old fans alike, CAMACHO is a diverse, uplifting, emotive and powerful record from a seasoned songwriter who is unafraid to challenge himself with new and exciting sounds.  Collaborations abound on this record, as Pete worked with the likes of hip-hop producer Trials (AB Original), Eric J Dubowsky, Tony Buchen (Montaigne, The Preatures, Bob Evans), Andrew Burford (Hilltop Hoods, Drapht, Allday) and ARIA winning producer Jon Hume (Matt Corby, Lisa Mitchell).

Handpicked by Pete, Ben Wright Smith will be joining the tour as main support, which is welcome news for the thousands of fans who have already got their hands on tickets.  With Tanks Arts Centre in Cairns selling out in just a week, fans are encouraged to grab their tickets soon to avoid disappointment.

Pumped to hit the road and play his new tunes for fans across Australia, Pete enthuses, “I don’t think I have ever been more excited about playing an album live than I am with CAMACHO.  There isn’t one song that I don’t want to play off it.  This is also a different flavour to what I have done before and I’m really looking forward to letting the Aussie crowds hear the difference.  I’m also looking forward to taking the very talented Ben Wright Smith on the road with me.  I have a feeling my fans will really love his music.”

The album CAMACHO is available from today.