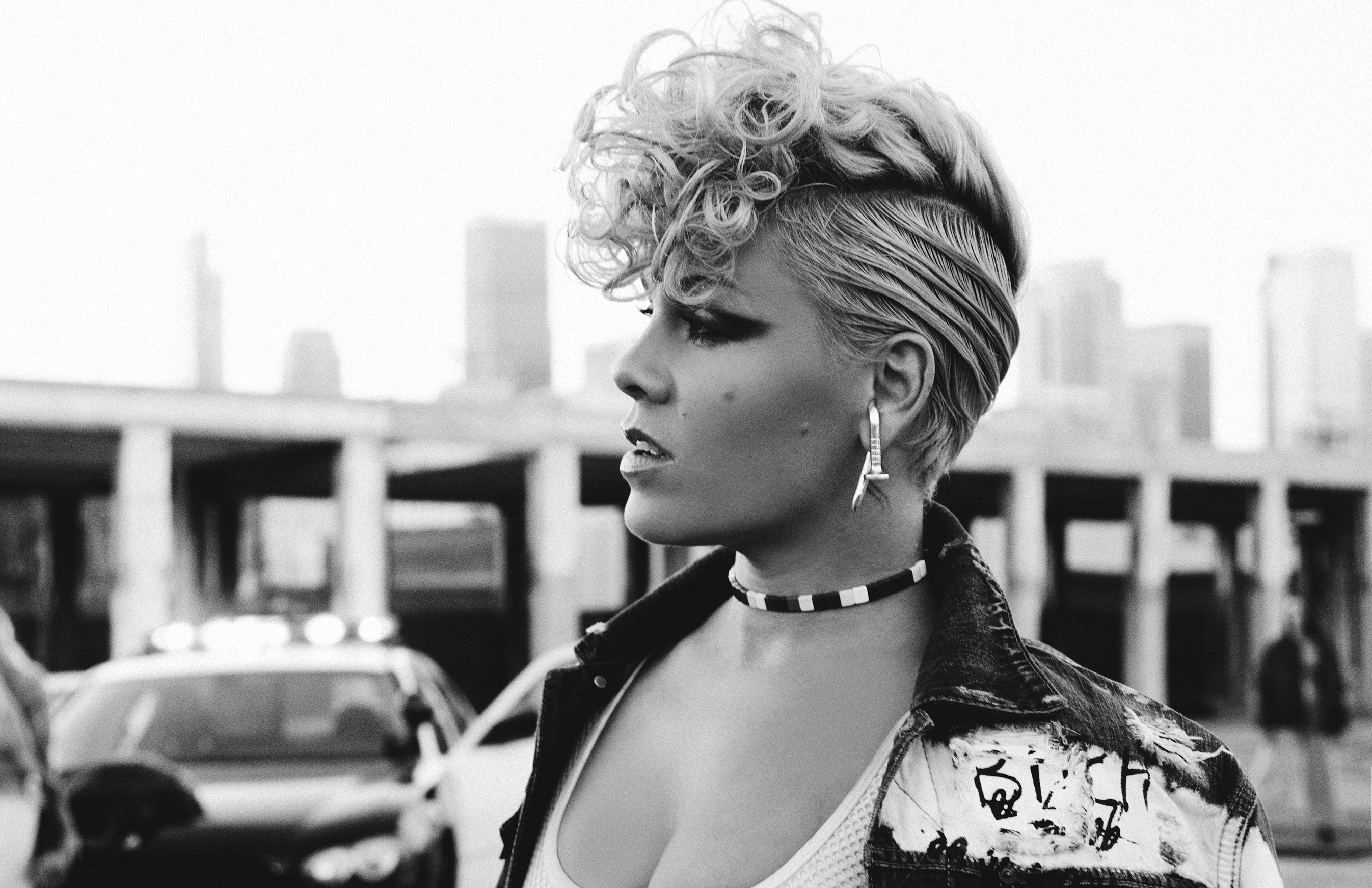 SUNDAY OCTOBER 8, 2017 – Renowned around the world as one of the most dynamic live performers of her generation, Australia’s favourite international pop icon, P!NK, has announced her Beautiful Trauma World Tour will hit Australia and New Zealand in July – September of 2018.

P!NK’s 2013 The Truth About Love Tour still stands as the biggest selling tour by a solo female artist in Australia (out selling Taylor Swift and Adele).

Following last week’s announcement of a 40-date trek across North America in support of her seventh studio album, Beautiful Trauma (out October 13), P!NK will head to Australia for multiple arena shows starting at Perth Arena on July 3 before heading onto Adelaide, Melbourne, Sydney and Brisbane before returning to New Zealand for her first shows since 2007.

Staying true to being up-close and personal to her fans, P!NK has opted for a return to the relatively intimate surrounds of multiple indoor arena shows.

With a limited window of time in her global schedule to visit Australia, the number of shows is sure to be limited. Fans are urged not to wait to secure tickets.

Tickets for all shows go on sale on Friday, October 20. Refer below for local on-sale times.

An exciting 48-hour pre-sale is available exclusively for Telstra customers from Monday, October 16 until Wednesday, October 18. Head to telstra.com/pink for details on how to purchase.

P!NK’s record-breaking The Truth About Love Tour of 2013 captivated audiences during 46 spectacular sold-out shows, performing to more than 600,000 fans and smashing venue attendance records right across the country, redefining the benchmark for arena spectaculars.

“…a must-see spectacle that literally raises the bar for pop concerts.” Herald Sun

“…she is the ONLY performer who can bungie and sing at the same time. And that’s for the opening song…” Daily Telegraph

“[She] worked the 15,000 sell-out crowd into a type of frenzy rarely seen.” The West Australian

“Jaw-dropping, spectacular and full of love.” The Advertiser

P!NK releases her highly anticipated seventh studio album, Beautiful Trauma, on October 13 (through Sony Music Australia) and pre-orders are available now. The album features the ARIA #1 smash single “What About Us” which has been top of the airplay chart for six weeks here and in the UK.

Since her debut in 2000, P!NK has released six studio albums, one greatest hits album, sold more than 42 million albums, 75 million singles, 2.4 million DVDs worldwide and has had 15 singles in the top 10 on the Billboard Hot 100 chart (four at #1).

In addition, she is the recipient of three Grammy Awards, one Daytime Emmy Award, three Billboard Music Awards, six MTV Video Music Awards, two MTV Europe Awards, two People’s Choice Awards and was named Billboard’s Woman of the Year in 2013. She has sold out arenas all over the world, made her acting debut in Lionsgate’s Thanks for Sharing and released a side project with singer/songwriter Dallas Green entitled You+Me. Last year, P!NK released “Just Like Fire” from Walt Disney Studios’ feature film Alice Through The Looking Glass. The track was #1 on the US Adult Contemporary Chart for six consecutive weeks and has more than 155 million views of the music video. P!NK was featured on Kenny Chesney’s “Setting The World on Fire,” marking her first #1 on the Country Airplay Chart and Hot Country Songs Chart (in the US). The track also received a 2017 Grammy nomination for Best Country Duo/Group performance earning P!NK her 18th Grammy nomination.

P!NK is a huge supporter of various charities, including: Make a Wish Foundation, Autism Speaks, Human Rights Campaign and No Kid Hungry. She was formerly a spokesperson for COVERGIRL and remains on the UNICEF team as an Ambassador.
P!NK
Beautiful Trauma World Tour 2018