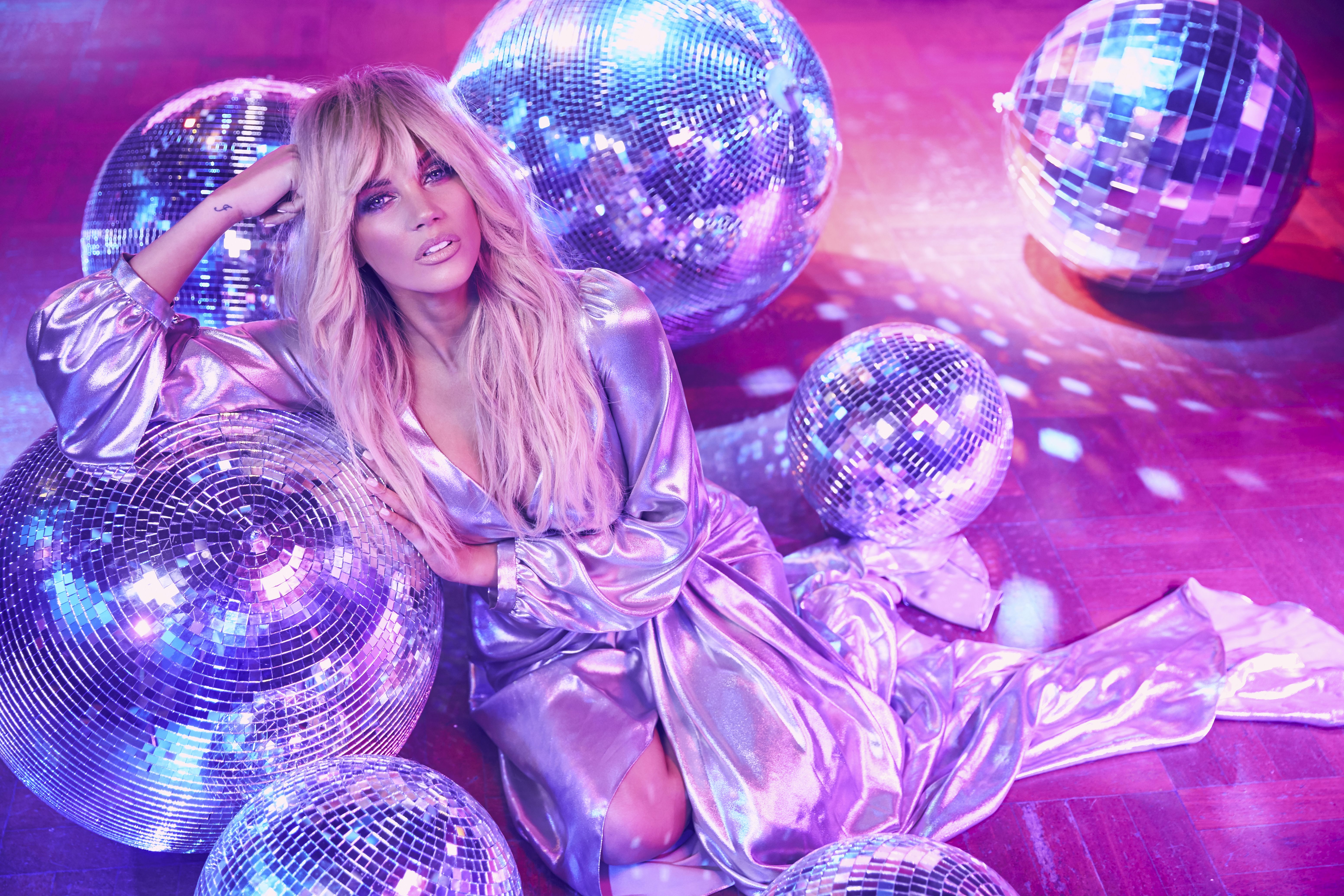 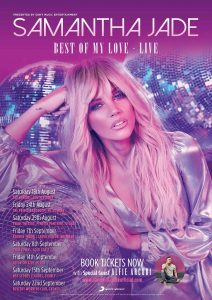 Pop darling Samantha Jade has announced she will hit the road later this year with the BEST OF MY LOVE – LIVE tour, to celebrate the release of her third studio album BEST OF MY LOVE. The Australian songstress is set to perform a series of shows across the country, transcending the nostalgic disco sounds of the 70s and 80s – and into 2018 – with a sparkling new and vibrant live show.

See the full list of tour dates below and for all touring and ticketing information go HERE.   Much like the album, Samantha Jade’s live show will be a shimmering homage to the disco era, filled with incredible tributes to iconic greats Donna Summer, Gloria Gaynor, Diana Ross and many more. The set list will bring to live renowned songs and moments from the era, re-imagining ABBA’s ‘Dancing Queen’ (1976), The Bee Gees’ ‘How Deep Is Your Love’ (1977), Gloria Gaynor’s ‘I Will Survive’ (1978) Donna Summer’s ‘Hot Stuff’ (1979), as well as Diana Ross’ ‘Upside Down’ and ‘I’m Coming Out’ (1980). Included in this stellar line up of songs will be some of Samantha’s fan favourites and established pop smashes like ‘Fire Starter’, ‘Always’ and ‘What You’ve Done To Me’ to name a few. THE BEST OF MY LOVE – LIVE will feature support from The Voice Australia 2016 winner Alfie Alcuri.

“‘BEST OF MY LOVE’ has been such an exciting journey so far, it’s a true  honour to pay homage to  disco greats like Donna Summer, Gloria Gaynor and Diana Ross .The fun really begins when I take this album on the road and celebrate with my  fans these iconic disco songs and some of my pop hits. Calling all you disco lovers, come and see me perform with a live band and dancers, bring your dancing shoes!”

Stream or buy BEST OF MY LOVE here via Sony Music Entertainment Australia.