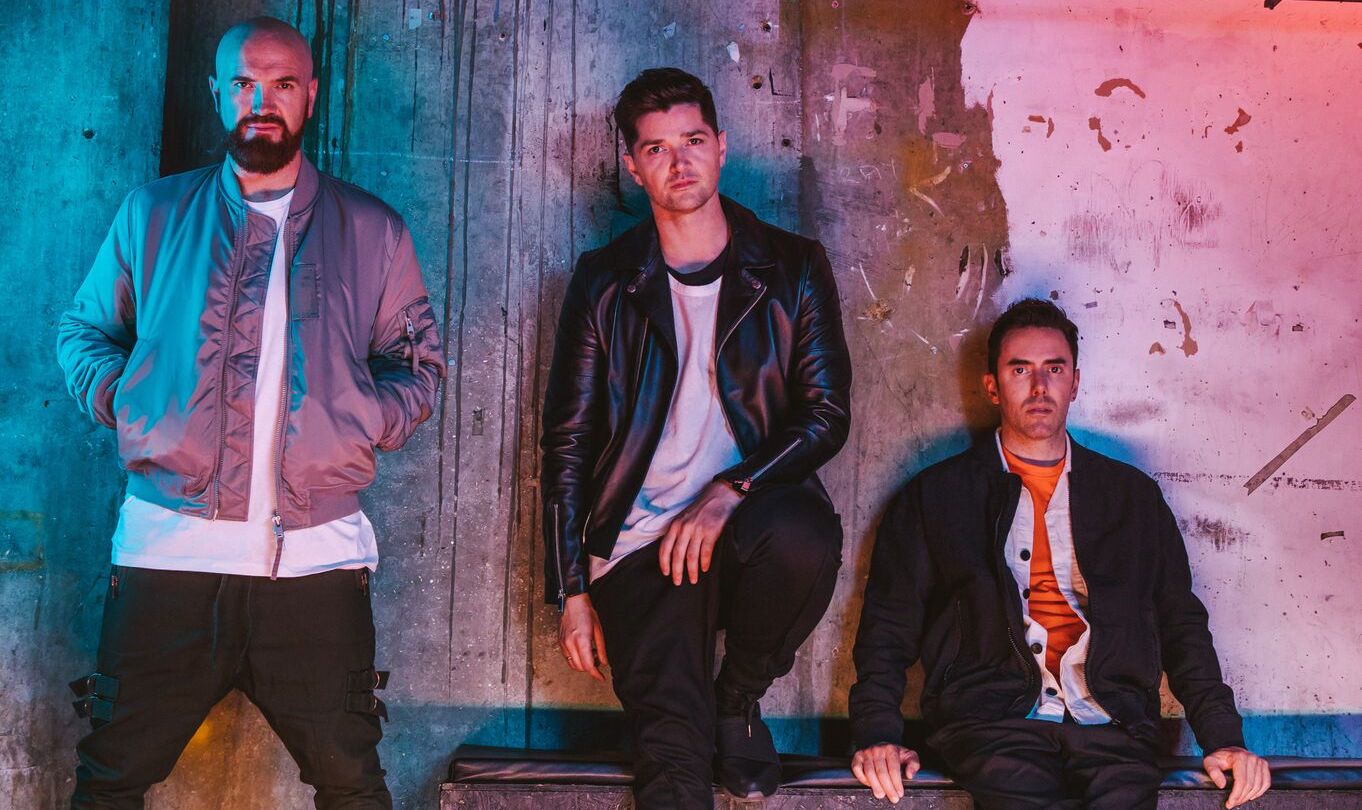 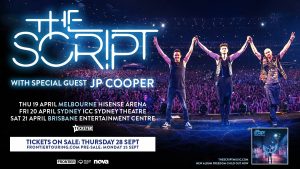 Sony Music & Frontier Touring are delighted to welcome Dublin three-piece The Script back to Australian shores in 2018 – three years overdue since their last headline shows Down Under. Following the release of their highly anticipated fifth studio album Freedom Child (out now through Sony) the Irish rockers will perform for one night only in both Melbourne and Sydney before wrapping up in Brisbane next April.

Joining The Script as very special guest on all shows and making his Australian debut is English singer-songwriter JP Cooper, whose tantalising vocals feature on the Jonas Blue mega-hit ‘Perfect Strangers’.

After almost three years since their last release, The Script return with their ARIA top five album Freedom Child, the bands fifth No. 1 in their home country and fourth No. 1 in the UK. Delving into lush electronica for influence over their pop-rock foundations, the band presents a collection of urgent, timely, future-facing anthems that speak of both real-life events and real-time sonic adventurism. Lead single ‘Rain’ has already clocked up 22 million Spotify streams with songs ‘Divided States of America’ and classic rock-love ballad‘Arms Open’ being received highly from fans and critics alike.

“The group’s confident new sound, that strays away from the rock feel we’re used to, strikes listeners with positivity and strength. It’s worth a listen.” – Live Arena

The Script are Danny O’Donoghue (vocals/keyboard), Mark Sheehan (lead guitar) and Glen Power (drums). The band made a grand entrance into the global charts with their eponymous UK #1 debut album in 2008 and its epic, emotionally-charged pop rock anthems ‘Man Who Can’t Be Moved’, ‘We Cry’, ‘Before The Worst’ and three-time ARIA Platinum ‘Breakeven’.

Joining The Script on all shows is soulful indie-rocker JP Cooper. With his highly anticipated debut album Raised Under Grey Skies set for release this October 6 through Island Records, Cooper has teased fans with jams ‘September Song’ (which has hit over 214 million Spotify streams), ‘She’s On My Mind’ and ‘Wait’.

Renowned for their compelling live performances and with no further shows to be added fans are encouraged to act quick in securing their tickets for The Script’s headline shows next April!

The Script Return to Australian Shores In 2018 For Three Special Headline Shows!