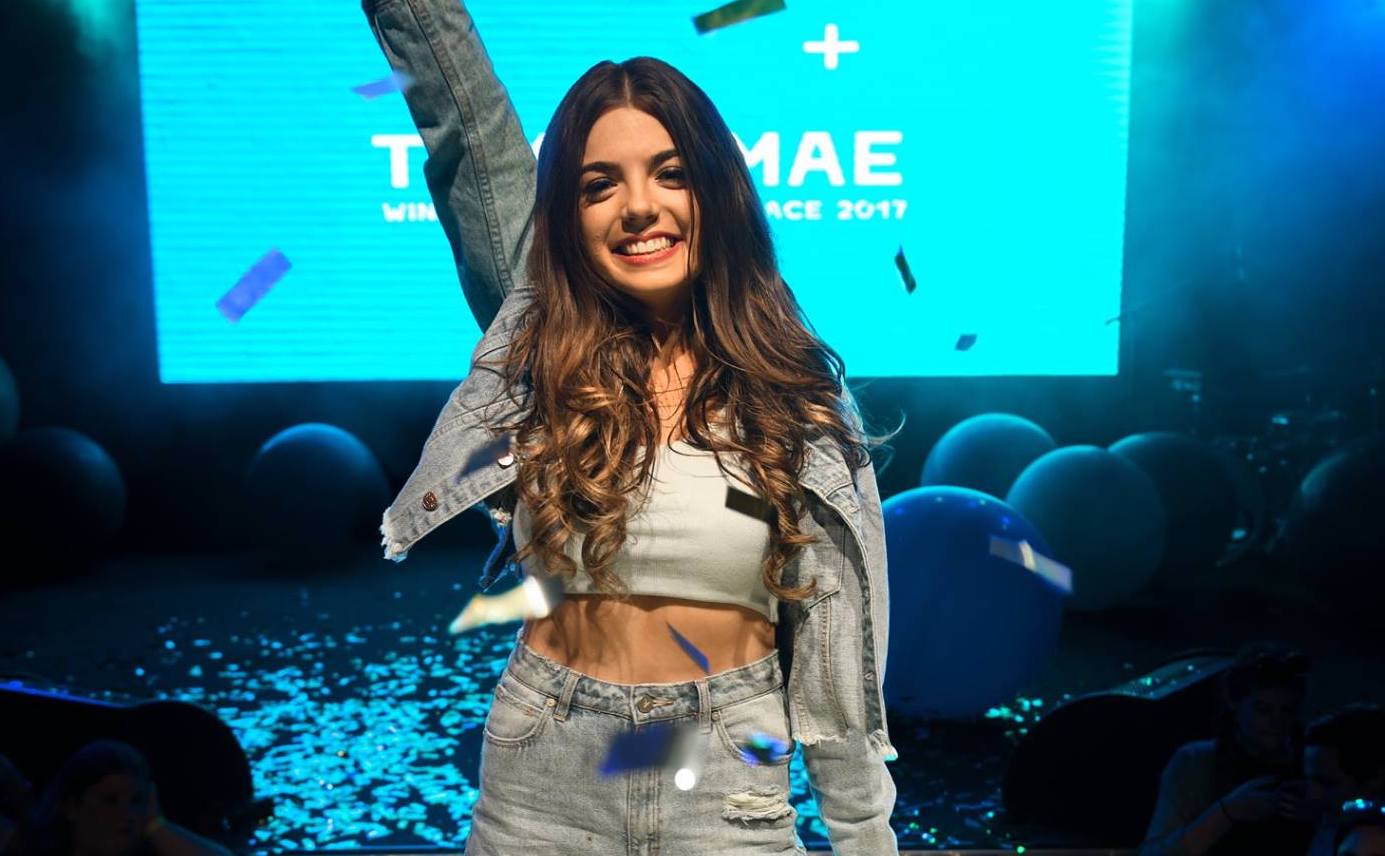 It is with great excitement that Sony Music Entertainment Australia and ZigZag TV announce that TAYLA MAEis the winner of The ShareSpace 2017!

The final episode of TheShareSpace aired on YouTube tonight, portraying a special live finale event which was held in Sydney on Sunday November 12th at Max Watts. The event featured multiple performances from all eight artists in The ShareSpace series as well as the hosts, Alli Simpson and Jai Waetford, and culminated in Tayla Mae crowned as the winner of the series in front of a live audience. In a global first, an algorithm collated data from the published content including likes, comments, views, shares and streams, to determine which of The ShareSpace Talent had the best engagement over the course of the 30 day series.

The 24-year-old pop artist from Toowoomba, QLD, is awarded a global song-writing trip and will be signed to Sony Music Entertainment. Tayla Mae has returned home to recuperate before returning to Sydney for the 2017 ARIA Awards on November 28th.

The inaugural series of The ShareSpace has proved to be a huge success, with over 2.6 million YouTube views and 5.4 million minutes of watching across The ShareSpace YouTube Channel, and over 1,500 pieces of social media content created. There are 102 official YouTube videos including 30 episodes, 28 solo music covers and 12 collaboration covers.

Audio and video for the collaborations are recorded, edited and produced in just 24 hours. Such short timelines have required an innovative approach to production and distribution not previously seen in the entertainment industry.

TheShareSpace2017Talent released the first original debut single ‘Come Together’ through Sony Music Entertainment Australia – Hannah Waddell, Zachary Staines, Jessica Jade, Tayla Mae,Damielou, Take Two and Tai. These eight talented individuals collaborated to record a track that perfectly exemplifies their personalities and musicality. The video for ‘Come Together’encapsulates the fun, young and carefree vibe of The ShareSpace Talent and the series so far – watch the video HERE! ‘Come Together’ was recorded, filmed and released in just 24 hours – watch the making of the episode HERE!